This post is informative and maybe too serious...For a few laughs see my other blog: Answers to the Questions

Thirteen things you might want to know about the Iowa Caucuses

2. The results will shape the GOP and Democratic campaigns and spark some candidates to drop out from the 2008 White House race.

3.The caucuses are such a big deal in Iowa that a musical was written about them. The play centers on Iowa farmer Eldon Wise and his family, who the media has dubbed 'the typical Iowa caucus-goers.' Like other Iowans, they're bombarded with phone calls, e-mails, negative ads and personal visits -- all of which stir up debate and sometimes rifts between relatives. 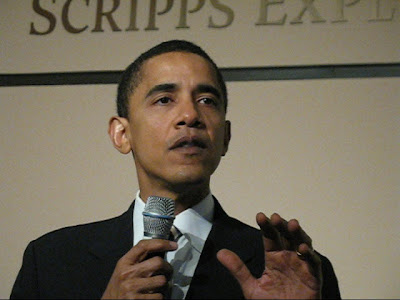 5. In each of Iowa's nearly 2,000 voting precincts, Democrats and Republicans hold separate meetings on caucus night. Anybody registered member of a party can attend that party's meeting.

6. Republicans vote in the caucuses by secret ballots. The vote determines which delegates, representing which candidates, will attend county conventions. There, delegates are chosen for state congressional district conventions, where delegate to national convention are picked.

GOT IT SO FAR?

7. The Republicans use a winner-take-all system. Whichever candidate wins the caucuses takes all of the delegates for the state. 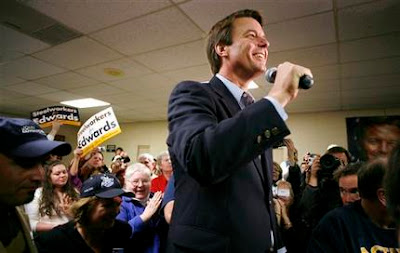 8. The Democratic meeting divides into groups, each supporting a particular candidate. If a candidate doesn't have a sufficient percentage of the total number of voters attending, its members join other candidates' groups. When that redistribution finally ends with groups of sufficient size, the delegates are divided among them according to the percentage of the meetings' attendees they represent. The process then proceeds through the county and state conventions. At the national convention, the candidates receive delegates proportionately, rather than the winner taking all of the state's delegates. 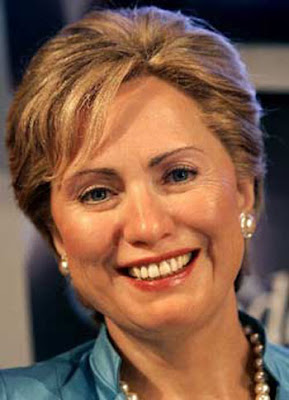 11. Unlike a caucus, a primary is carried out in a virtually identical manner to a general election contest, with participants going to polling place or, depending on state election procedures, voting at home for their preferred candidates. A primary election attracts a broader swath of the electorate, in part because it requires a shorter time commitment. A caucus takes longer to conduct and tends to attract dedicated party activists.

12. Caucuses are held in a wide variety of locations such as schools, churches, community centers, public libraries and even private homes.

14. BONUS: The "Iowa Bounce" is the momentum gained by a candidate who exceeds expectations in Iowa.

The purpose of the meme is to get to know everyone who participates a little bit better every Thursday. Visiting fellow Thirteeners is encouraged! If you participate, leave the link to your Thirteen in others comments. It’s easy, and fun! Trackbacks, pings, comment links accepted!

I DO NOT APOLOGIZE FOR THE PARTISAN NATURE OF THIS POST. :)

I think Iowa gets way too much attention. This year the GOP votes aren't even going to count unless the RNC relents and allows it, so why bother?

Holy Moley. That is far more complicated than I thought it would be. But if it works why knock it?

Yesterday evening was a report about the American elections on TV here in Belgium which almost said the same as you. Now all eyes are directed to Iowa, I only hope that the voters are more intelligent then the last two times, lol ! I don't like this mormon !

What an incredibly cumbersome, clumsy, drawn out system! But I wonder who will be history in a day or two.

It is complicated. More so since the media is essentially cutting into the list of potential candidates by determining the number of participants.

Great post. I've been following the lead-up to Iowa pretty closely and I wasn't entirely clear on how things worked. Well explained! I think we share some partisan feelings...

The frustrating thing is, when all the dust settles, we still have a politician in the White House.

Thanks everybody for commenting! Yes Iowa is really very cumbersome and involved. But let's see what happens after tonight!

damozel, I will look up that article. Thanks for the suggestions.

Matt-man, I only meant I didn't post any Republican pix! :)

You know Iowa has to have some importance right? Wisconsin really has no political importance in the grand scheme it seems. Great, informative list.
Thanks for visiting the Cafe Teach and the wishes on my health.

I'm glad you don't apologize for the partisan nature of your post. It's nice to know a lady with gumption! God bless.

Thanks Lucy and Sandy!