***AFTER READING THIS POST, PLEASE CONSIDER COPYING IT AND POSTING IT ON YOUR BLOG-THE MORE EXPOSURE THIS GETS, THE BETTER***

She tries to sleep, but she can’t-the noises coming from the only bedroom in the trailer are too loud, too embarrassing. Rolling over she faces the wall and hopes that her father will finish what he’s doing and that her step-mother won’t make any more noise. 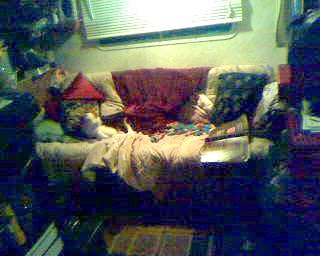 It’s bad enough that she was torn from her friends in Kentucky-but living here, in this cramped, dirty trailer with no privacy and no indoor shower is the icing on the cake. Fitting in at school was out of the question-her father made sure of that by not allowing her to socialize outside of class & eventually, she woke up one morning knowing that she would no longer walk the halls of freedom, but instead would be taught in the very trailer she slept in.

It’s probably for the best, she thinks-if anyone ever found out that they make me wear hand me down underwear I’d be the laughing stock of the state anyway…

She wishes she could move home-to her real home-with her mother and sister in Connecticut. There she would be nurtured and cared for, and allowed to be a teenager…allowed to have opinions and ideas and to cut her hair the way she likes it.
But she knows she can’t. He’s making sure of that too…

Jamie wants to come home.
Many of you know Linda from Are We There Yet? And perhaps you know that she has two daughters, Amanda and Jamie. Amanda lives with Linda here in CT and Jamie lives in Florida with her father and his wife.
Life for Jamie is not going well.
Jamie is living a lonely life in a cramped, dirty trailer with guardians who won’t allow her to be an individual. She is not allowed to have friends. She can’t choose her own music or movies and she can’t even cut her hair. She has to shower in a common area of a camp ground because her “home” doesn’t have a shower. 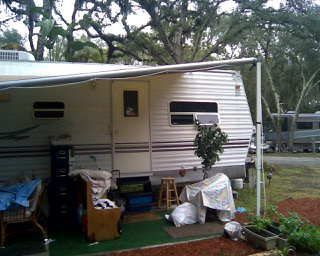 She is homeschooled by her stepmother-a woman who is not qualified to take on such a task and Jamie is, for sure, behind other kids her age academically. No doubt, she will also fall behind socially as well.

Though Jamie has expressed to her father that she wants to move to Connecticut to live with her mother, he will not allow it. His reasoning is that Linda is not a good mother.

His reasoning is bull shit.

When Jamie visits, it is easy to see that she flourishes. Her smile is bright and it’s clear that being allowed to smile and laugh and to be a little quirky is the reason. Anyone who reads Linda’s blog knows that she is a caring and attentive mother who strives to give both of her children what they deserve.

The man that Jamie and Amanda call Dad is not a good man. He remarried and is completely wrapped up in his new marriage and does not care what happens to Jamie. If he believes that Linda is a bad mother because Amanda has blue hair, then I wonder what he would say if she were to cast her daughter out of her life simply because she was a little different…

Of course, Linda would never do that-but he did. Amanda lived with her father at one time, and was sent back to live with Linda because she didn’t “fit in” to the family he wanted to create. He no longer speaks to her. Now tell me, how can a man who disowns one daughter ever be a better parent than one who loves unconditionally?

And that’s why Jamie needs to come home.

Being a single mother who makes “too much money” (read: she makes over the poverty level) Linda does not qualify for financial assistance for legal aid, and therefore is having trouble getting a lawyer’s attention. In CT, courts consider a custody award as subject to change until the child involved grows up, and in most states proof of a "change in circumstances" may overturn an earlier award. This flexibility is intended to allow for the correction of poor or outdated decisions.

Jamie has vocalized to both parents that she wishes to move. Her dad has vocalized that it will never happen. Linda made a promise to Jamie that she would do anything in her power to get here home.

But she needs our help.

On my sidebar I have posted a magic button-this magic button allows you to donate to the Get Jamie Home Legal Fund. The faster you click, the faster you will help change the life of one little girl who very much needs a new life.

Please help. We’ve seen in the past that every penny helps…even if you can only donate $5, please consider doing it. 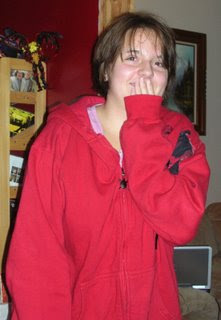 Posted by maryt/theteach at 4:53 PM

Yes, Sanni, it's a terrible story. Jamie deserves to be home with her mother!

I'm so glad to see others posting this! I can't get it out of my mind - Jamie deserves a better life, and I just know that we can help make that happen for her.

I can't tell you how much it means to me to see this posted here. Thank you SO MUCH...