How to Use a Knife and Fork 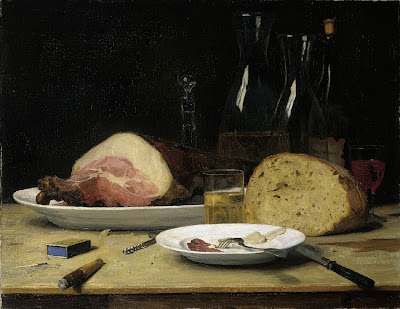 When I was a kid my mother taught me to use a knife and fork. Table etiquette she called it and it was real important she said.

Here's what she taught me:

She indicated that THIS was THE proper way to use a fork and knife. Any other way was WRONG!

Later in life I learned that there are two ways to use a fork and knife, the American way and the Continental or European way and

neither is more correct than the other!

Although I must say the Continental way is easier and more efficient.

There are two styles of eating, Continental and American. In the Continental style, which is more practical, the knife (for right handed folks) is kept in the right hand and the fork in the left, with no switching unlike the zigzag practice of the American style where the fork is changed from the left hand to the right after cutting food.

The left hand is usually kept off the table and in your lap during American style dining, except when it's being used to hold the fork during the cutting of food.

Both knife and fork are held while you chew although you can rest them on the plate.

The Continental, which most people consider old world is actually newer! It was introduced by the British around 1880, but Americans were trying to instill manners on their frontiersmen. The new dining methods were rejected as disruptive in the middle of this teaching process. American society felt it would diminish respect for the strict rules that were being established to remove the barbarian image.

When you are "resting", not using the utensils at the table, but you are not yet finished, the knife and fork should be placed on the plate like this:

This silverware placement is a signal to the waiter not to remove your plate!

Of course, this is assuming that the waiter knows some basic table manners!

When I remember I use the Continental style of eating because as I said before it is easier and more efficient. I've always considered switching the fork from one hand to another an unnecessary, annoying motion.

**The picture above shows several mistakes in table etiquette. Can you point them out?

Put your answers in your comments.

Posted by maryt/theteach at 4:06 PM

I remember table etiquette too! And the "no elbows on the table" rule! And the waiting till everyone was seated to begin eating!
All old-fashioned now, but I think they were quite good practices.

There would have been no cigars or used matches on the table, and the fork would certainly not have been on the plate while the knife was on the table. And as for the loaf of bread on the table? Definitely not! Nor wine bottles either!
That's enough to start with...

You would be amazed at how many people don't hold their flatware properly, grasping knives and forks like one would hold a railroad spike or billy club.

That's a peeve of mine.

Gosh! I don't do any of it properly.

Well...I do get the food in my mouth without spilling it down my front. So I guess that's something.

I always dislike how waiters rush the dishes off the table while others at the table are still eating. So rude of them.

It's absolutely right, lol ! and it is very impolite to the ellbow on the table and arms in your lap. I have read several times in European Newspapers that Americans have no table manners, even personalities. Because they simply ignore that you have them but different !

Now, so this is why the Americans eat "tines- up".
I've always wondered, but am ashamed to admit, I never caught the Fork switching moment.
I eat Continental, which can be tricky, when small green peas keep falling off the backside of the fork.
Guess the Americans have a more practical attitude to "good manners"
Get the food where it is supposed to go.

My father was taught to eat by his European parents (who admitted to thinking that Americans ate like barbarians) while my mother was taught by her American-born ones.

This became a real source of (only semi goodhearted) contention when it was time to teach the children how to feed themselves. We ended up eating basically continental style (no fork switching) but we do keep the fork right side up for things that would otherwise fall off ;).

As for the photo, there should definitely not be dirty flatware on the table, and obviously the cigarette hanging off the edge is a no-no.

I love the waiter signals.. I do the finish signal.

I was taught the continental (British) way. I'm amazed at how many people don't know how to use a knife and fork - it was very evident on the cruise - people holding their knife and fork like building tools rather than eating implements. I just can't watch, it winds me up!

I, too, was taught by my mother the Proper Way To Eat at Table. When I married a European, he kindly (!) introduced the Other Way which I admit is more elegant.

The interesting thing about this for is the fact that if I start to do this, either American OR Continental, I'll probably spend so much time thinking about it that I'll eat less and lose a few pounds! I'll try it. Besides, my fingertips won't get so greasy using the utensils.
Now, is that a three or four tined fork?

In the picture: bread should be sliced and served in a shallow bowl, knife should be on the plate, fork is tines-down, cigar doesn't belong on the table nor do the matchbook, spent match, ashes or the wine corkscrew or wine bottles. The cognac decantor is ok.

I grew up in the U.S. and was taught the American eating style. After observing my British daughter-in-law using the continental style I'm teaching myself that style as I think it is more efficient and certainly more graceful!

Thanks for posring a clear description. 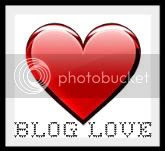