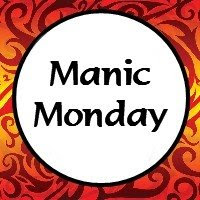 Mo's word for today is QUAKE. Mo picked this word because he and his kitty cats felt the QUAKE that hit on Friday morning. I thought, if I could, I'd find out some detailed info about it.

Latest earthquakes in the United States - last 7 days.
(if you click on the link you'll get a better picture of the map.)

The Los Angeles Times said: The earthquake, which measured 5.2 on the Richter Scale, struck at 4:36 a.m. near the town of West Salem, Ill., about 60 miles northwest of Evansville, Ind., according to the U.S. Geological Survey. An initial estimate of the magnitude put it at 5.4, which would have matched the strongest earthquake recorded in the region.

This event has been reviewed by a seismologist.

The USGS has a form for anyone who felt the earthquake and wants to report it.

Friends, meet the Richter scale. It's not an actual scale, mind you, but rather a mathematical formula that determines the magnitude, or strength, of an earthquake from the logarithm of the amplitude of waves caused by ground movements as recorded on a seismogram. The Richter magnitude scale then assigns a single number on a base-10 scale to quantify the amount of seismic energy released by an earthquake.

The Wikipedia entry on the Richter scale has more information of the specific calculations in play here, but the gist of it is that each whole number difference in the magnitude scale represents an increase of 31 times the energy created by a quake. Richter's motivation for creating this magnitude scale was to compare and separate the vastly higher number of small earthquakes from the greater and less frequent quakes hitting California at the time.

So the QUAKE Friday is considered a moderate one.

The media has reported that the QUAKE was felt all across the Midwest.

Mo, did you know that there was once a breakfast cereal called QUAKE?

Quake (1966) provided "earthquake power!" to those who ate it. Quake was a giant of a man in a hard hat, flexed biceps, and sported a "Q" on his big, muscular chest. He originally wore a miner's helmet. Original Quake cereal was made at the earth's core. "The sugary sweet cereal with the power of an earthquake." In 1969 he trimmed down and put on an Aussie cowboy hat. Other Characters included: Quunchy, Mother Lode (Quake's mom), and the evil Dr. Ah-Ah. Quake was voiced William Conrad (TV's "Cannon", and the narrator of "The Rocky and Bullwinkle Show").

Posted by maryt/theteach at 1:00 AM

I felt the aftershock of a 7.6 earthquake in neighbouring Indonesia a few years ago. It was a terrifying experience.

Great way to do this weeks MM. I did it on an earthquake too, but one that happened in my area. Have a great MM Teach. :)

Your MM posts are always so full of info. :)

Thanks for this one.

Wow ! that post came out of a teacher's heart, lol ! I too was the victim of a terrible earthquake ....
(I never experienced one)

How to tell a California native from an immigrant. During the first quake, the immigrant is under a desk crying. The natives are taking bets on the Richter Scale number.

Today's Savage Chickens is for you.

Did not feel last week's here in Memphis... Scary stuff those earthquakes...

Still a virgin when it comes to them...hoping to stay one for a long time.

All I can say is, I'm glad I live as far away as I can get from the west coast seismic activity. The east coast gets hurricanes but not much earthquake activity. But when I lived in Toronto, I felt a small tremor there - it was completely bizarre. My couch shuddered as if I was on the subway, and then the radio DJ said, "Did you feel that?" SO bizarre.

Never tried that cereal, but I've often eaten things that have produced a quake in the gut :-)

Some excellent info there.

Excellent information about earthquakes. I couldn't help but notice how many had been measured on the west coast and up toward Alaska in the last week.

Makes one thing that the ground never stops shaking out here.

Nice research and stats Mary. I enjoyed your post today. I didn't play MM this week, but will be playing again next week. :-)
Smiles,
Kimmie

Very informative AND fun! That cereal! i remember it!