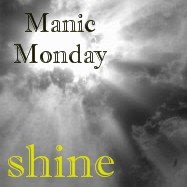 Mo's word for today is SHINE.

Have any of you ever heard of EARTHSHINE? 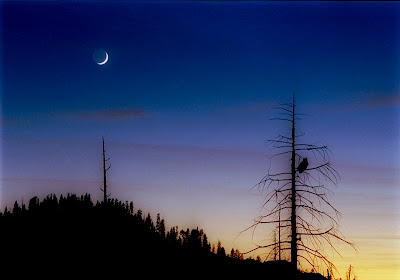 When you think of Leonardo Da Vinci, you probably think of the Mona Lisa or 16th-century submarines or, maybe, a certain suspenseful novel. That's old school. From now on, think of the Moon.

Little-known to most, one of Leonardo's finest works is not a painting or an invention, but rather something from astronomy: He solved the ancient riddle of Earthshine.

You can see Earthshine whenever there's a crescent Moon on the horizon at sunset. Look between the horns of the crescent for a ghostly image of the full Moon. That's Earthshine.

Go over to Manic Monday for other participants.

Posted by maryt/theteach at 3:50 PM

Mahali for teaching me something new day. Excellent and the photo was great. Aloha

That was interesting. Never heard of that before.

Beautiful! Spooky a little :) Is it an owl on that tree?

Oh that ocean looks so inviting with the sun shining on the water. Definitely need some ocean.

I don't ever think I've heard that term before, Mary. Thanks for enlightening me on Earthshine!
I appreciate your participation in Manic Mondays!
cheers,
Mo

I've seen Earthshine, but I never knew it was called that.

That video was fun, though!

I've always loved that image, but I didn't know what it was called. That's way cool!