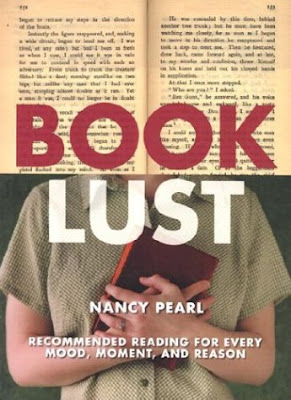 Every now and then, someone who is brilliant says something stupid — often the result of spending too much time riding a jet stream of high praise. Steve Jobs, the co-founder and chief executive of Apple Inc., did such a thing last month when he all but declared the death of reading.

Asked about Kindle, the electronic book reader from Amazon.com, Jobs was dismissive. “It doesn’t matter how good or bad the product is,” he told John Markoff of The Times, “the fact is that people don’t read anymore. Forty percent of the people in the U.S. read one book or less last year.”

But reading? This year, about 400 million books will be sold in the United States. Overall, business is up 1 percent — not bad, in a rough economy, for a $15 billion industry still populated by people whose idea of how to sell books dates to Bartleby the Scrivener.

Jobs was prompted by the excitement over Kindle, the $399 electronic book reader that shows signs of being a blockbuster for Amazon.com; demand is much higher than supply, according to the company.

Paper or plastic, it doesn’t matter what form the book takes. What is timeless, Steve, is story, and that’s why people will never stop reading. I loved Sara Rimer’s piece in The Times about how immigrant children were taking to “The Great Gatsby,” the perfect novel about the tragic side of the American Dream.

Posted by maryt/theteach at 5:00 AM

I hope you're right and Jobs was wrong...

My wife did not get his message either. She reads every night, finishing about one a week. I read one or two a year. If the number of blogs is any indication, people are reading a lot of stuff - just not in book form. I don't think book stores and libraries are about to disappear, even if Google does digitize the Library of Congress.

Guess he got carried away on the crest of the product's potential success. Perhaps one should remind Mr Jobs of the phrase "reading is fundamental".

From someone so intelligent, that was not very intelligent. Perhaps it is a minority that read, but they are reading up a storm.

Reading won't be dead even if I have to single handedly support it like the USPS...we can keep it alive.
E-readers are not my cup of tea.

There is nothing that can compare to the tactile, visual, and "auditory" experience of reading a book. I say "auditory" because for me, when I read, I "hear" the characters in my head. I "see" places in my mind that I will never visit in reality. Books are transcendent. Not even the most expensively made movie viewed in high definition and heard in surround-sound will compare to picking up a book.

Sorry Steve, the teach is right! I am right there with you....

I think you are right. Nothing compares to reading. I love a good book. I can't stop reading a good one, and think about picking it up and can't wait 'til I get home to get back into it again.

So, just who does he think he's gonna be hiring as programmers in the coming years? Illiterate texters?
Too bad he couldn't have done an Oprah and SUPPORTED reading!

Books are winners in my book. Reading off a screen just isn't as comfortable - or as warm.