The New Hampshire Primary is Tuesday. Here’s a breakdown of need to know facts:

- Voting begins at midnight Tuesday in the town of Dixville Notch, a small outpost near the Canadian border. While its population of 74 steals the spotlight by being able to put its results out first, it doesn’t tend to predict the winner by the time the counts are finished Tuesday night.

- Poll opening times around the rest of the state will be staggered starting at 6 a.m. ET with all open by 11 a.m. 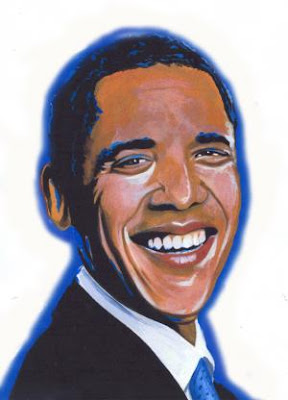 - Momentum: As the first primary and second presidential nominating contest following the Iowa caucuses, New Hampshire’s contest Tuesday will provide candidates a chance either to put distance between themselves and their rivals,or at least regain some stature after a poor showing in The Hawkeye State. Their fortunes here could shed light on how the candidates will do in an array of elections in the coming month.

- Delegates: New Hampshire’s heft in the nominating schedule doesn’t match its heft at the national party conventions this summer. The number of Republican delegates representing the state is 12, reduced as a penalty for holding the primary earlier than allowed by the Republican National Committee. On the Democratic side, 22 delegates are up for grabs on Tuesday.

- The Democrats: Barack Obama, now showing a lead in polls over Hillary Clinton... But don’t ignore Edwards, who likely won’t give up even with a third place showing. Edwards and Obama are vying for the same slice of the electorate, those who are voting for “change” over “experience.”

- The Republicans: Iowa caucuses winner Mike Huckabee isn’t expected to take New Hampshire, which has a well-known libertarian, lean-government streak. John McCain is ahead in the polls, and both he and Huckabee are hoping to take a pound of flesh out of Mitt Romney. Rudy Giuliani also wants to do well here, but has his eyes on contests later in nominating contests January and February.

Obama is 10 points ahead of Hillary in the polls. I predict Obama will win the primary hands down!

I have never had the opportunity to take a poll & always wonder how they worked! Thanks for the great info Mary!

Nice summary of what's going to go down tommorrow :)

Did you see that Hillary was heckled today? http://embeds.blogs.foxnews.com/2008/01/07/hillary-heckled/

I though she handled it pretty well, specially after her little "breakdown", to call it somehow.

And after watching Edwards in the debate, defending Obama and going after Hillary I think he's running for VP, but I doubt Obama's people would go for someone who already ran and failed.

jm, I read the article and Hillary answered very well, don't you think? This is all very interesting...We'll saee what happens after today's vote. :)

I can't stand Edwards. He's a phony. Hillary may be able to hang around until February 5th, but it is going to be hard. Obama is going to win NH, Nevada, and South Carolina in between now and then. Cheers!!

Thanks for the information on the delegates. I hadn't realize the numbers were different for each nominating convention.

Didn't get chance to thank you too Roger!